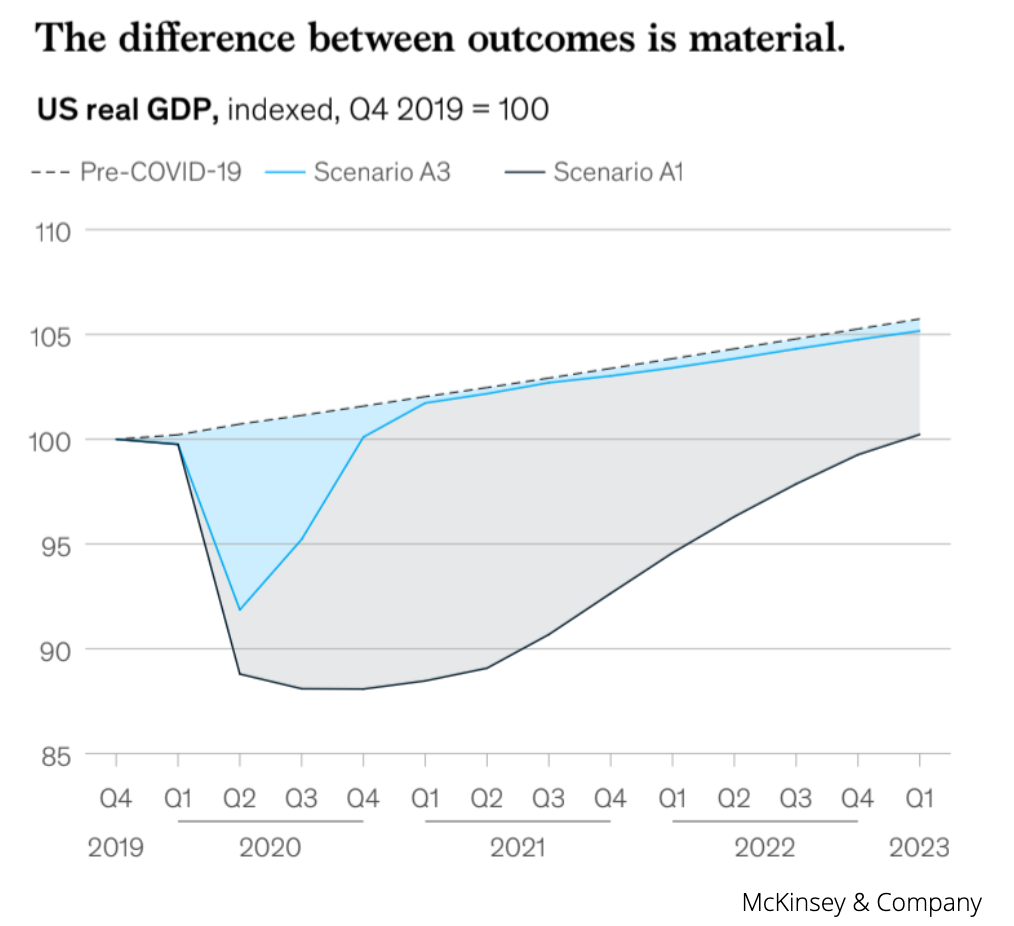 On June 8th, The National Bureau of Economic Research (NBER) officially declared a recession, noting that the U.S. economy had fallen into contraction starting in February 2020. This marks the first U.S. recession since the Great Recession, which began in December 2007 and lasted until June 2009.

Under a V-shaped recovery, the economy will rebound as quickly as it declined, with minimal long-lasting financial damage. A sharp downturn followed by a quick rebound in growth defines the V-shaped recession.
For the COVID-19 recession to be V-shaped, the U.S. would need to set up enough coronavirus testing so that people could safely go back to work without creating another surge in cases, and effectively treat existing cases.
Around 38% of companies believed that the recovery would be V-shaped, with the economy rebounding by the third quarter of 2020, according to a survey from EY conducted in March 2020.

Under a U-shaped recovery, the economy re-opens at a measured pace, people gradually return to their normal behavior patterns, and social distancing continues in varying degrees until a vaccine is achieved.
Around 54% of companies believed that the recovery would be U-shaped, with a longer period of slower economic activity extending into 2021, according to a survey from EY conducted in March 2020. EY found that 54% of companies believe that a U-shaped recession is likely.

In a W-shaped recession, the economy begins to recover rapidly, but then falls into a second period of decline. This is also known as a double-dip recession—the two economic declines create the shape of a W.

The worst-case economic scenario for the COVID-19 crisis is that it causes an L-shaped recession. In this outcome, growth falls and does not recover for years, creating the long shape of the L. The official recession may end within a few quarters, but the recovery to a pre-recession level of economic output may take years. This scenario could happen if the U.S. cannot control coronavirus outbreaks, which would lead to years-long shutdowns and sluggish growth.

Only 8% of companies believed that the recovery would be L-shaped, with a sustained period of recession and economic activity not picking up until 2022 at the earliest, according to a survey from EY conducted in March 2020. 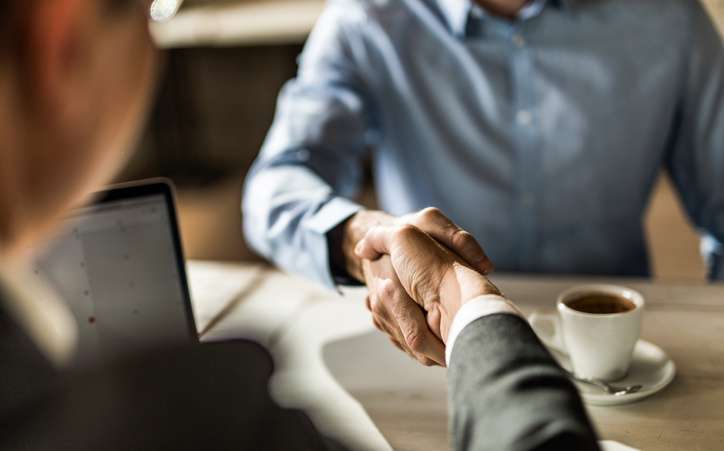 Popular Estate and Gift Tax Planning Techniques – Are They Doomed?