Your browser is out of date!

This website uses the latest web technologies so it requires an up-to-date, fast browser!
Try Firefox or Chrome!

Rick Harris is the Director of Finance for a 35-person engineering services company. The company prepares annual budgets each year but never created a multi-year forecast.

The founder of the company is starting to contemplate
transitioning out of the business and is considering all available options from
creating an Employee Stock Ownership Plan (ESOP) to selling partial interests
to key members of management or even selling the company outright to a strategic
buyer.

Rick knows that for all of these options, financing is
likely going to be necessary. As such, Rick understands that all of the
potential buyers are going to want to understand in detail the long term cash
flow generating ability of the company.

Rick reached out to Quist to get an understanding of best
practices in preparing financial forecasts.

Determine if a top-down or a bottom-up approach is best for the company.

In a top-down approach, management
estimates the size of the market available for their business, identifies
relevant factors in sales trends, and estimates what percent of the market the
company can capture.

Companies that experience little
deviation in cash flow from one month to the next or start-up companies that do
not have any accumulated sales data may benefit from a top-down approach.

Conversely, a bottom-up approach is
typically developed from spending plans by various groups within the company. A
bottom-up forecast looks at factors such as production capacity and department
specific expenses. A bottom-up forecast may benefit a seasonal business that
experiences significant variation in cash flows throughout the year.

Use historical results as a starting point.

Is expected revenue growth due to an increase in price or volume or both?

If Management’s forecast is in line
with industry growth and profitability, there is a higher likelihood the
forecast is reasonable and achievable.

If the Company’s forecast outpaces
industry revenue growth or profitability, prospective buyers want to understand
how the company is uniquely positioned to achieve above market financial
benchmarks.

After further discussion with Rick, he faced three major
challenges:

He was under some time pressure to get the financial forecast completed.

Once the founder had decided to explore
transition options, he started to think more and more about life after the company.
This accelerated his desire to find a solution about how to transition the
ownership of the business.

The sooner the forecast was completed, the
sooner the company could be transitioned.

He did not have a roadmap for preparing the financial forecast.

Clearly a top-down approach was going to make
sense, but he had a number of other projects on his plate and creating a forecast
from scratch meant he had to shuffle around other priorities.

He did not have readily available industry benchmarks to determine if the company’s
long term forecast was reasonable.

To be honest, the founder had always managed
the company to a zero profit to mitigate his tax liability, so Rick never gave
too much thought about if the company’s performance on a normalized basis would
exceed or fall short of its industry peers.

Rick took advantage of Quist’s Forecast Modeling
solution, which walked him through a series of questions to capture
major inputs and assumptions for the forecast.

Once Rick completed this first step, he had a starting draft
of a long term forecast. He then scheduled some time with one of Quist’s valuation
experts to build out some scenario analysis and sensitivity charts.

Within just a few hours, Rick had a working financial
forecast model that he could present to the founder that illustrated a number
of different forecast scenarios.

Have questions about valuing your business? Quist Valuation can
help. Let’s set a time for a free 30-minute consultation. We can discuss the
specifics of your business and identify the next steps needed to assess the
value of your company. 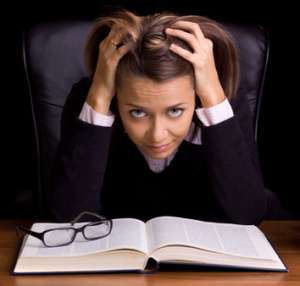 One of the most common issues we see in the registered investment advisory world is the discrepancy in understanding the different levels of value and how they coincide with various valuation approaches. For example, a controlling shareholder that is selling the business to a single controlling buyer faces an entirely different set of valuation metrics than an employee buying a 10% stake. In fact, where most mistakes with valuation methodology and logic occur are in simply matching valuation methodologies with the transaction.

Take the simple example of two identical RIAs with $300 million AUM. A single owner owns one and the other has four equal owners. Does the sum of the value of the four individual owner’s interests equal the value of the 100% owner? Conceptually, it seems obvious that if you were going to sell the firm then it doesnʼt matter how many owners there are; however, if you are going to sell 25% of the firm then the other ownership matters a great deal. The reason for the difference being that the 25% owner just simply doesnʼt hold the same power to influence management, pay dividends, approve a material long-term lease, or approve/block a merger agreement. As such, the cash flows potentially available to this 25% owner might be severely restricted.

So imagine buying into an investment advisory firm and owning a 25% interest. The founder, who has been running the firm like his own personal checkbook, owns the remaining 75%. He shows you the profits that the company can generate or even profits they generated in the prior year of $400k. However, after you buy-in, he starts compensating himself at double the rate as before and taking bonuses, joins a country club, and leases a new car through the company. Now the $400k in profits is $100k, and he decides to reinvest the profits back into the company’s growth. As you can quickly see, the value of your interest is nowhere near the same pro rata share as is his. This is why value is rarely a single point estimate but rather will work up and down a continuum based on the rights of the buyers and sellers.

If you want to maximize the value of your interest, whether you are a controlling shareholder or a minority shareholder, then simply negotiate to protect your rights and preferences. Items like rights of first refusal, buy/sell agreements, restrictive covenants, and liquidation preferences all enable minority shareholders to protect themselves. Now, the difficult part is often matching the valuation methodology to the level of rights held.

So, if you have some aspects of control and no ability to sell your shares, your interest is worth one value; however, that same interest might be worth a whole lot more to you if you could sell at anytime to anyone. Navigating these waters is why simply applying a market multiple ensures one outcome, a winner and a loser – you just wonʼt know which one you are until its too late.